Hit enter to search or ESC to close

Close the coverage gap through expanded eligibility/availability of Medicaid and other publicly funded insurance options. 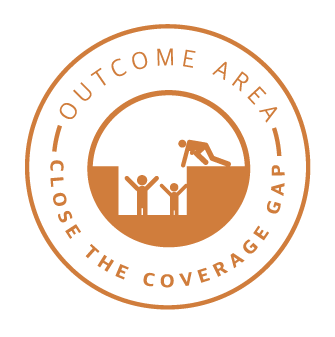 Public policy advocacy has been a key strategy and investment focus area for the REACH Foundation for more than a decade. Supporting advocacy and voter engagement helps leverage the foundation’s mission to advance equitable access to health coverage and care. One important partner in this work is the Missouri Organizing and Voter Engagement Collaborative (MOVE), an organizing and grassroots leadership development organization that works to build power and capacity of grassroots groups to affect policy change.

MOVE began more than a decade ago as a loosely affiliated group of individuals and organizations that wanted to increase their collective strength to tackle inequities in state and local policies through coalition building, leadership development and voter education. MOVE became a 501c3 in 2015 with a targeted focus on providing training, coaching, technical support, and strategic partnership for grassroots organizing groups committed to integrated voter engagement and multiracial movement building.

MOVE has evolved in its capacity-building role – from supporting voter and issue analysis to training and cultivation of grassroots leaders, to technical assistance on movement building, voter activation, campaign organization and other key ingredients for affecting policy change.

“Our goal is to help committed people and groups work effectively to build political power for economic and racial justice – so that traditionally disenfranchised voters have a real say and impact on the policies that affect their lives,” said MOVE Director Molly Fleming. 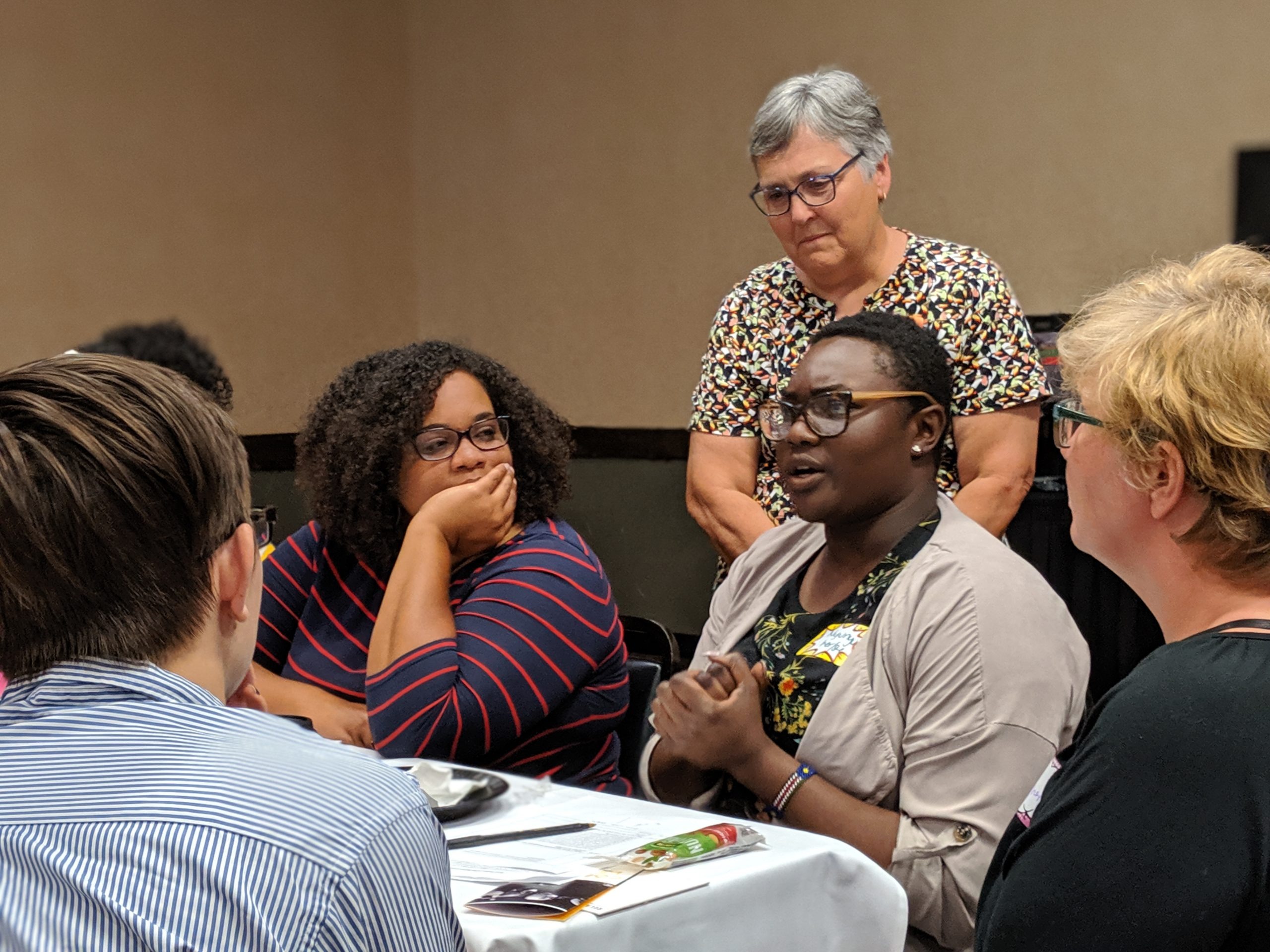 Fleming said voter engagement has taken on greater importance in Missouri in recent years as nonprofits and other local leaders grappled with an array of policy issues and political structures that have hindered health, economic and social justice opportunities for Black, Latinx, uninsured and economically disadvantaged people in urban and rural areas of the state.

A 2020 effort by advocates to pass Medicaid expansion by statewide referendum presented an important opportunity to put MOVE’s grassroots organizing and voter engagement expertise to work at a scale not tried before.

Deep canvassing work undertaken across Missouri in 2019 helped MOVE and the Medicaid expansion advocacy partners develop a framework and voter contact infrastructure for the Medicaid expansion referendum. MOVE had provided training and financial support to a group of grassroots organizations to conduct conversations around the state to hear from low-income and working people of all races about their experiences in attaining quality of life.

Those “transformative conversations” surfaced concerns about crime and safety, limited job, wage and education opportunities, and health care access and affordability concerns. MOVE worked with national communications and research consultants to produce narrative findings and test to see if the common themes would resonate with people’s interests and readiness to become more politically engaged. The research showed that voters are hungry for a path to impact change and need additional encouragement to motivate them to act on their intentions to vote on election day.

For Yes on Amendment 2, the Medicaid expansion initiative, MOVE worked with 12 organizations to develop a game plan for collecting thousands of signatures. Partners gathered more than 100,000 signatures, focusing on low-propensity base voters across the state.

Approximately 170,000 signatures were needed to qualify for the 2020 general election ballot; advocates and volunteers across Missouri delivered more than 340,000 signatures—more than double what was needed. After signature gathering was completed, work began on figuring out how to reach the 600,000 plus lower-propensity voters necessary for the scheduled August election—a task made harder by the onset of the COVID-19 pandemic.

Fleming said there was a lot of rapid “adaptation” that had to occur. The group learned in May the initiative would appear on the August ballot, not November as originally planned, which tightened the voter outreach timeline. “We pivoted from a planned door-to-door campaign to technology-based efforts that required additional training for campaign leaders to ensure volunteers were equipped to connect with voters via phone and texting.”

Despite the challenges of coordinating a campaign during a pandemic, Amendment 2 passed with 53.3% of Missouri voters supporting the measure. Support for Medicaid expansion led in nine of Missouri’s 11 most populous counties.

Other notable outcomes included increased capacity of multiple organizations to use a shared infrastructure to reach a collective goal. In addition, the centralized get-out-the-vote effort was the first undertaken in a decade. It generated new staff positions and leaders across the 12 participating organizations, and demonstrated the positive effect on voters from having more than one conversation on the issue.

“Amendment 2’s success reinforced the value of investing in intentional and coordinated integrated voter engagement across constituencies in Missouri,” Fleming said. “Working with our members and other partners, MOVE will continue to support leaders and be a central resource for data and training so that grassroots movements can grow their voter base and influence policy decisions that are relevant to working people in Missouri. Our work now is to figure out what it will take to build an integrated voter engagement strategy that is multicultural and that will help us maintain relationships beyond one or two issues, and over several years.”

for supporting the REACH Healthcare Foundation in our mission. To stay up to date on future projects, subscribe to our newsletter below.